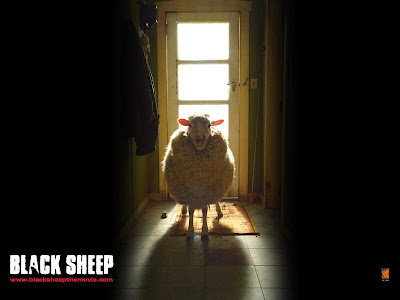 , a wickedly funny thriller about what happens when a herd of genetically altered sheep start to behave very badly at the expense of their human keepers. (Carnage ensues.) The first unexpected attack on a human by one of the mutated sheep fetuses is both is both startling and pee-your-pants funny. (see image below.) 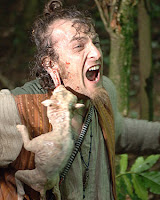 should have made this little gem the odds-on favorite for sleeper hit of the summer in 2007, however when the Weinsteins acquired the North American distribution rights they inexplicably dumped the film straight to video with no fanfare or publicity, dashing all hopes for a well-deserved theatrical release. In a just world, that would be an actionable offense. 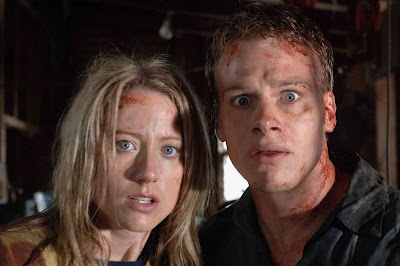 According to Box Office Mojo, the film has grossed less than $5 million to date. Amazingly, some video outlets still haven't heard of this terrific little movie! Thankfully, you can get a copy at Amazon.com


NIGHT OF THE LEPUS

(1972) A small Arizona town battles mutated carnivorous rabbits in this deadpan cult favorite with Stuart Whitman, Janet Leigh & Rory Calhoun
GODMONSTER OF INDIAN FLATS (1973) More monstrous sheep! Strange gases from an old mine cause a hideous, squealing mutation that grows into an 8-foot sheep that walks upright and terrorizes a small Nevada town! Amazing crackpot cult classick from Something Weird Video.
Posted by Katterfelto at 4:45 PM